Continuing the series of stories behind some of my recent street portraits, here is a young man from London:

Diego was sitting on a bench by the banks of the Thames, across the river from Westminster. Like myself he was taking his lunch break. When I asked him if I could take his photo, he said, cool, he needed some decent photos of himself. I took this one and a couple more, and emailed them to him later. I hope he likes them. Diego is Spanish and living in London. He’s a musician and does odd jobs waiting for his career to take off….

It’s been a while… here are some new street portraits and street photographs from a sunny day in London. There is nothing like travelling to get the creative juices flowing. That, and decent weather, i.e. light.

All images shot with a Fujifilm X-T20 camera and the 35mmR1.4 lens. Colour photographs to follow… 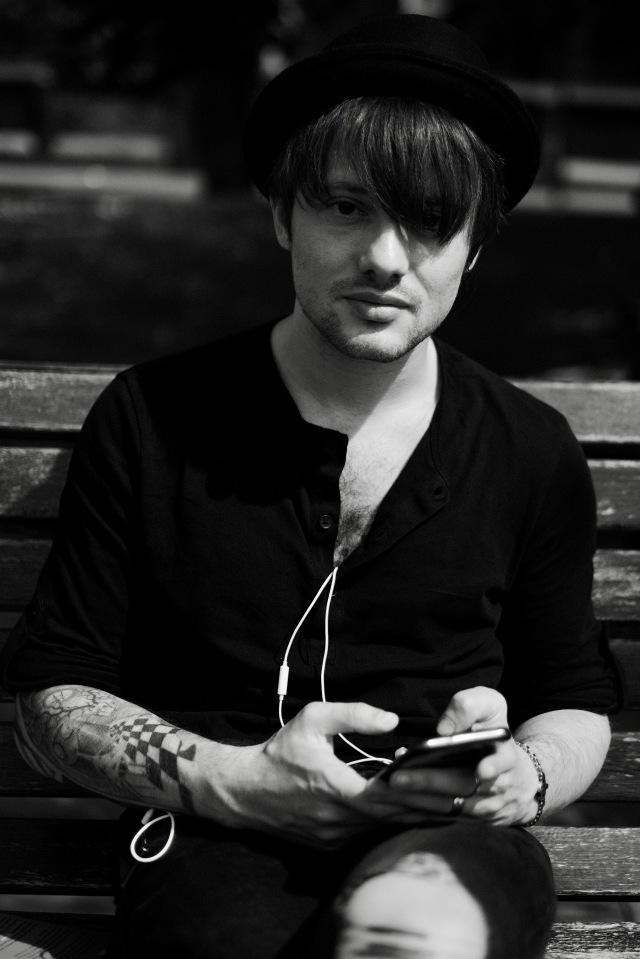 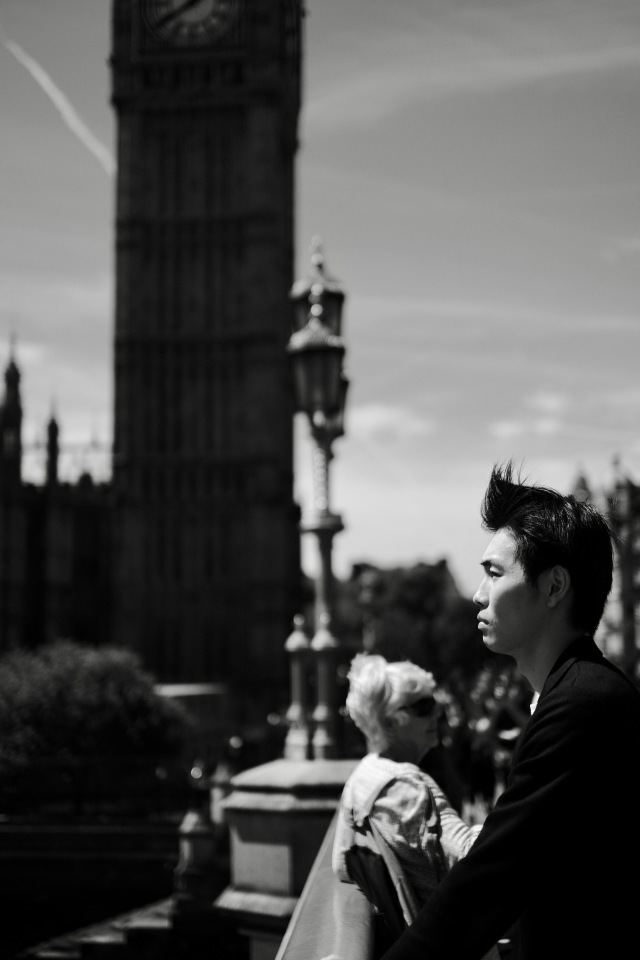 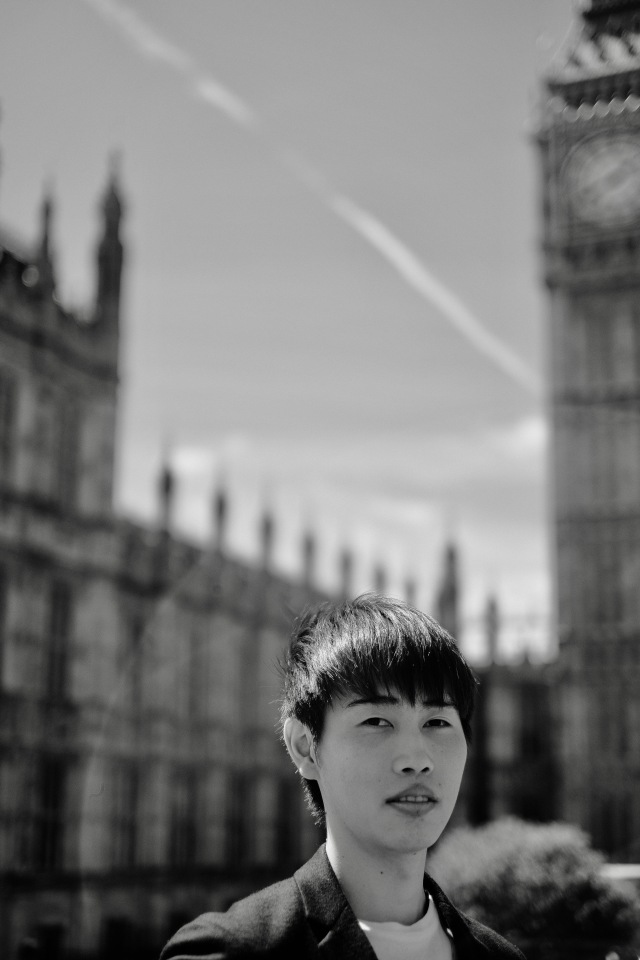 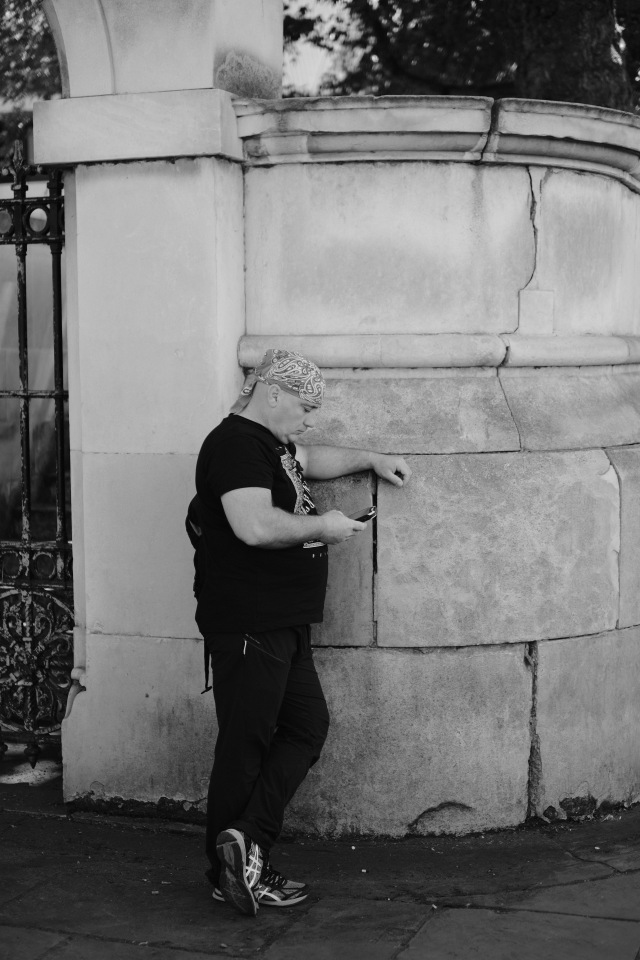 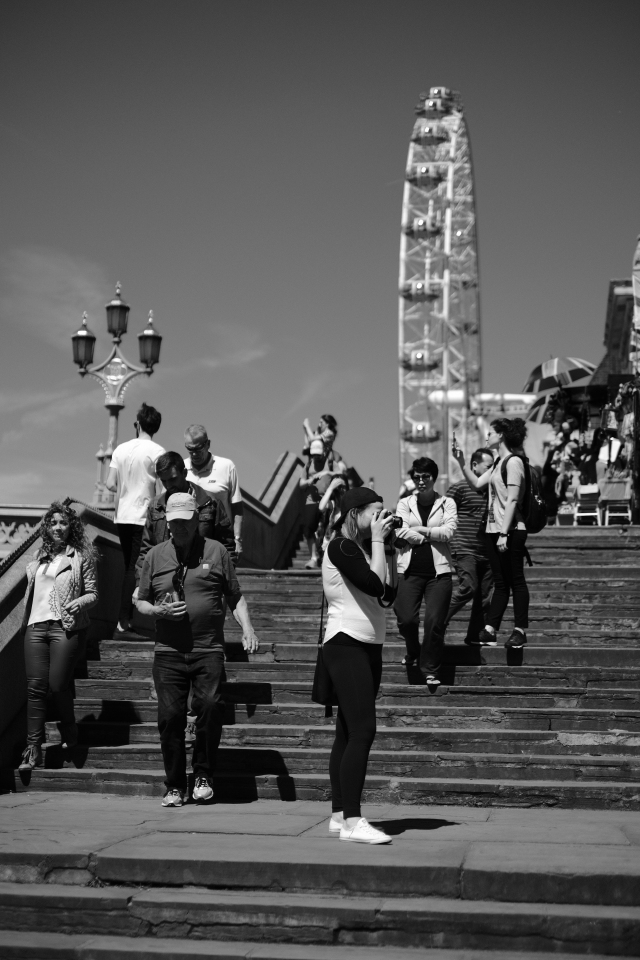 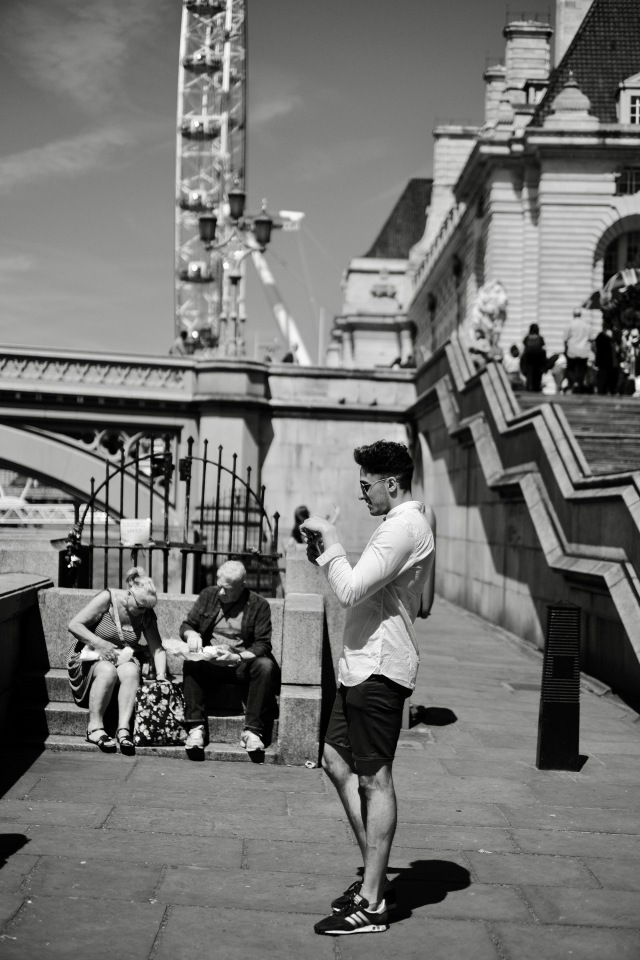 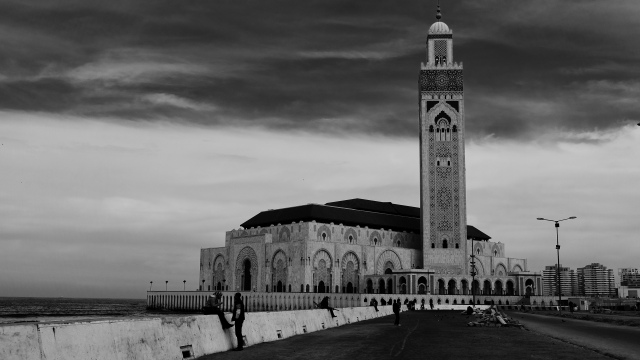 Casablanca was my fourth stop on my Morocco itinerary. I had allocated only two days for it, mostly on the recommendations of friends and guidebooks who claimed that there was not much to see in Casablanca. They were wrong.

Casablanca is, foremost, a large city, and as such lacks the intimate charm of other Moroccon towns. But one thing it is not is boring. I hope the photos that I selected for the latest Morocco travelogue set reflect this.

There are basically three sections to the set. The first one is a series of photos which I took around and inside the huge Hassan II Mosque, which is the largest mosque outside of Saudi-Arabia, and one of the very few mosques in Morocco where non-Muslims are allowed to enter. It is a fascinating building, and quite an engineering feat. It also understands itself as an inclusive place of worship, incorporating design elements from Judaism, Christianity and Buddhism.

The second group of photos were taken by the seaside, on and near the “corniche” at Anfa. Here I shot the dilapidated, enpty seaside resorts and other once-modern buildings by the sea. These photos are in colour, the rest are in black and white. 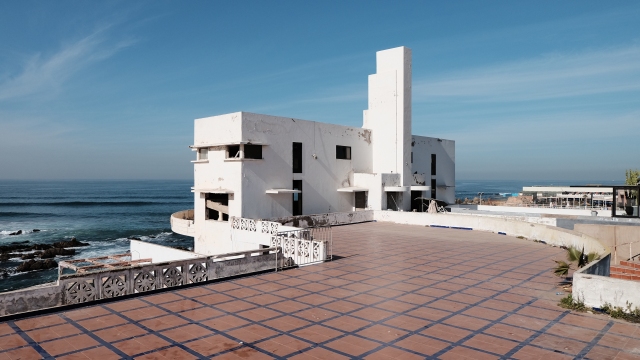 The third group of photos I took in the city center, featuring chiefly the art deco buildings from colonial times. Additional photos highlight the new, modern architecture along the sea front.

One of my tourist guidebooks mentioned that people tend to come away disappointed from Casablanca because they associate the city with the movie of the same name, and that the city is nothing like the movie. Apart from the fact that I don’t recall much of the city of Casablanca being shown in the movie (I remember mostly the inside of Rick’s bar and some vague matte paintings of a city in the background), I actually found that the Art Deco buildings reminded me very much of the movie: the vestiges of a passed era, an architecture and style not quite here nor there, i.e. not quite European and not quite Moroccon, and above all, with its emphasis on white and black, best viewed in black and white.

Casablanca in (Almost All) White and Black

It’s that time of year again, when the sun never really rises high and dusk sets in at 2pm…

Almost 20 years after it was built, Potsdamer Platz still divides opinions. Some hate it, some shrug it off, some like it. For some, it’s a symbol of Berlin’s post-reunion megolamania, a failed wanna-be Disney-Manhattan. However, for a city that does not take many chances on cutting-edge, innovative architecture, Potsdamer Platz is remarkable in that here at least are a few designs which did not originate in a Lego box. Personnaly, I like it. 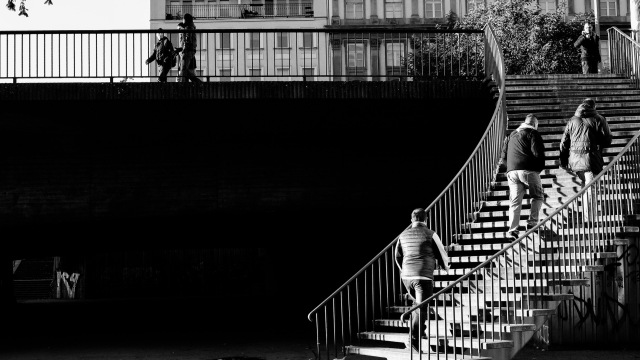 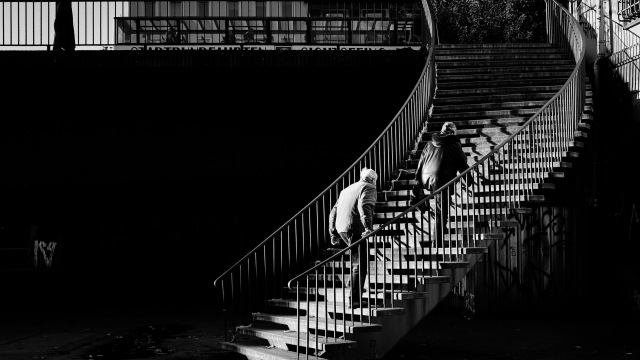 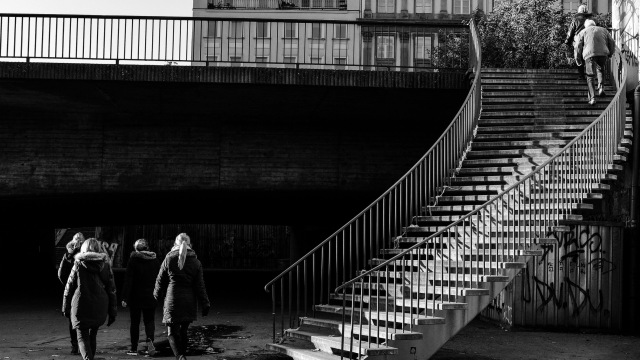 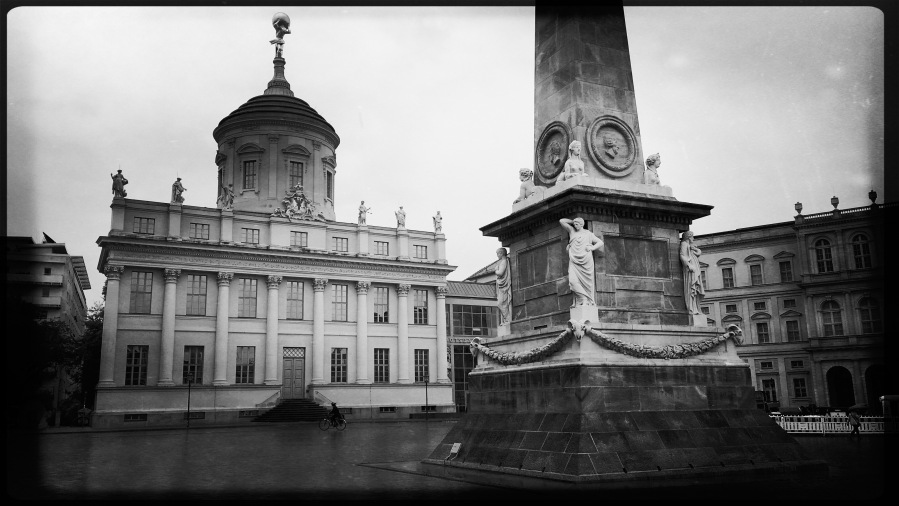 Not even an hour away from Berlin, Potsdam is a city that feels very different from Berlin. It’s always fun to play the tourist in a place so close to home.

All photos taken with the Hipstamatic app on the iPhone. Hipstamatic is still my favourite camera app, and actually by now the only one I use. 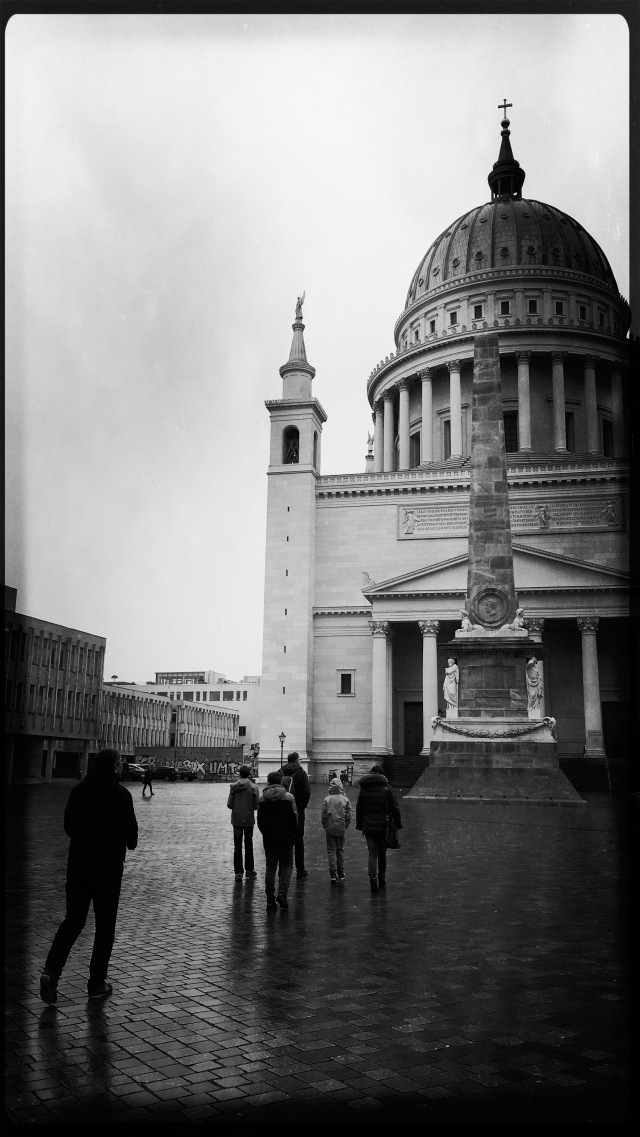 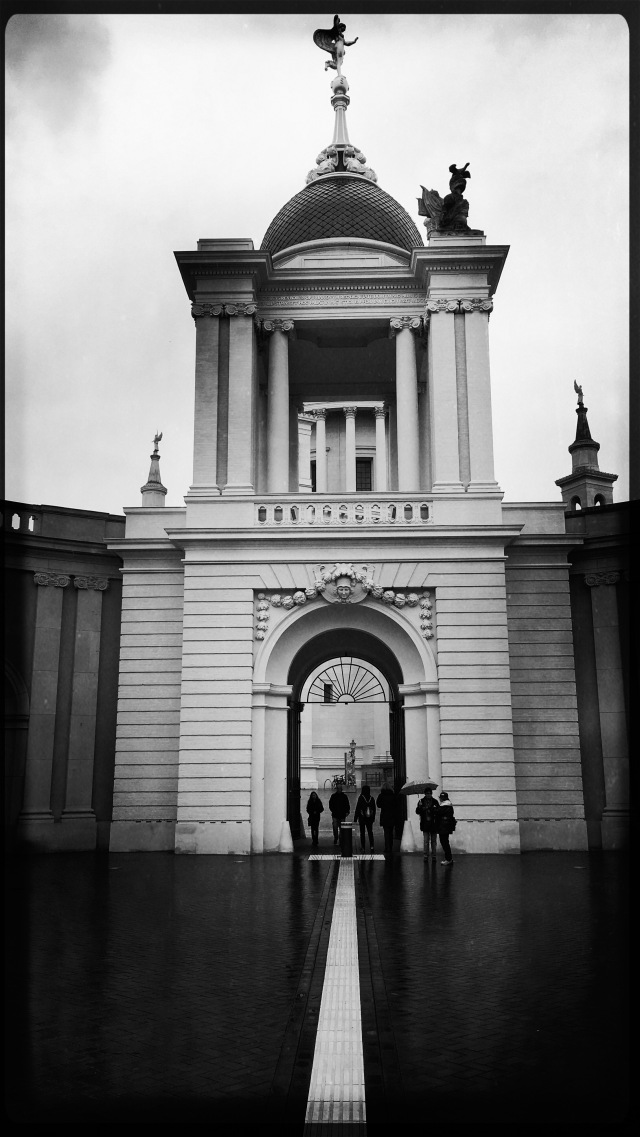 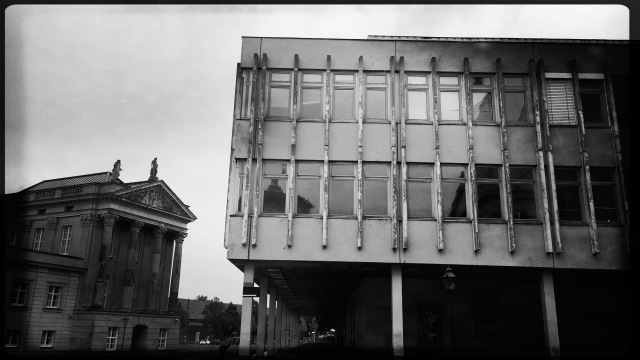 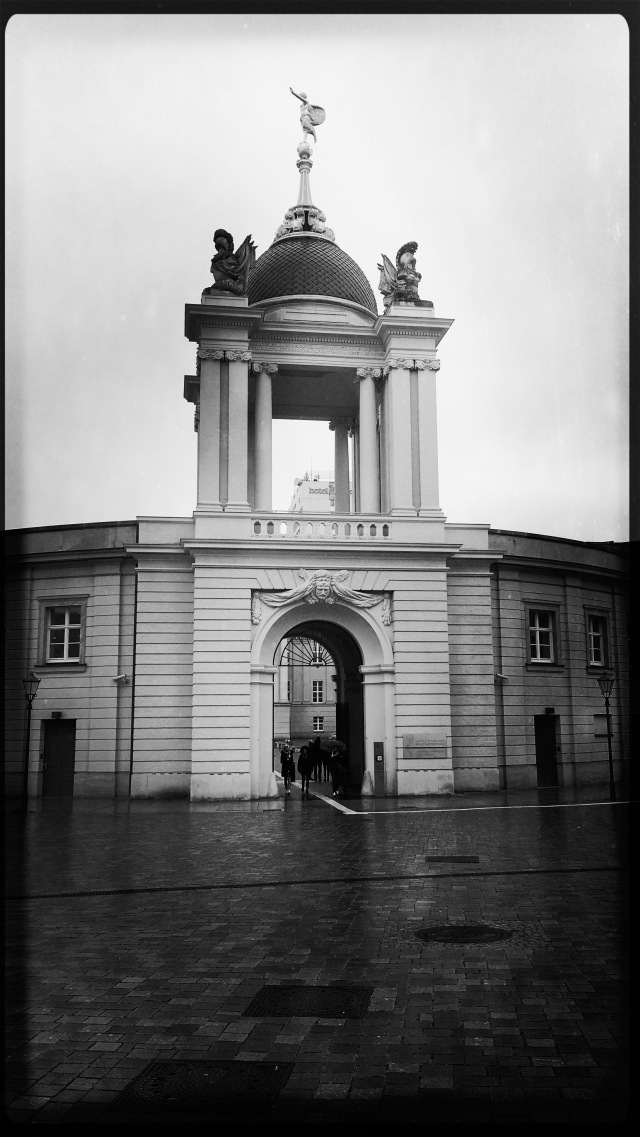 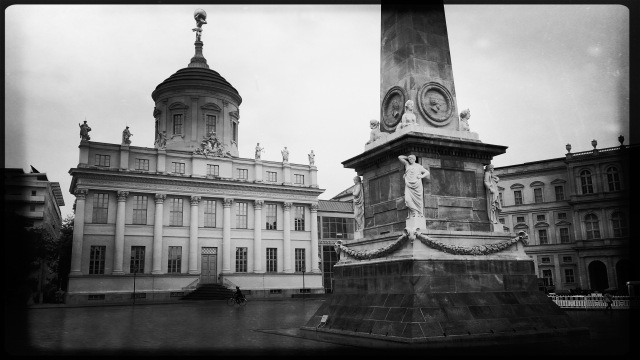 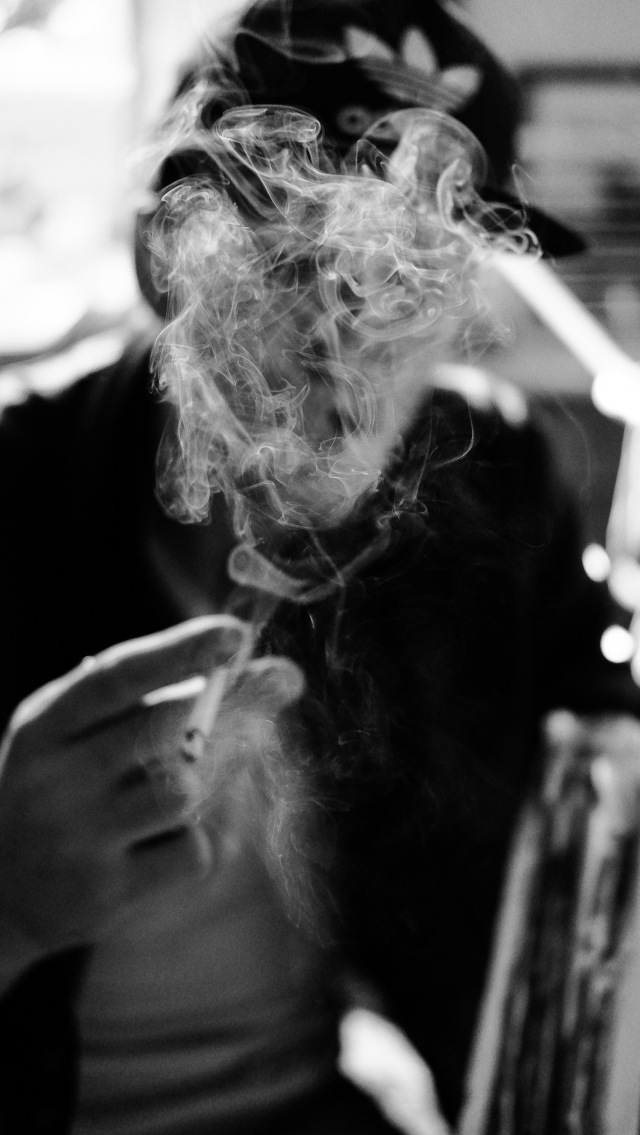 One of the perks of being friends with street musicians: you’re often treated to impromptu concerts and jam sessions. Here three members of the Illegal Boys, a Polish group performing around Berlin, rapper Kool Kasai and Malte on accordion got together for a little fun. Being utterly devoid of any musical talent, I’m always amazed how fast and without much of a prologue these guys manage to fuse their different styles into a coherent, convincing whole that makes people stop and listen. 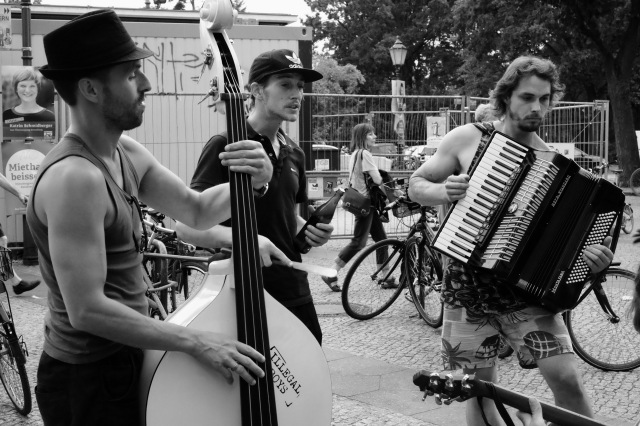 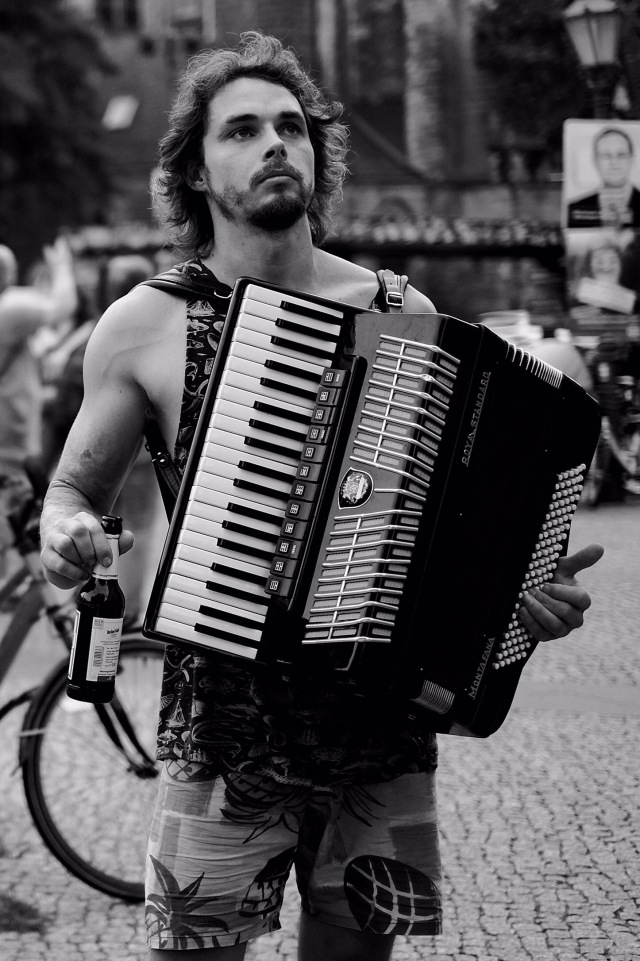 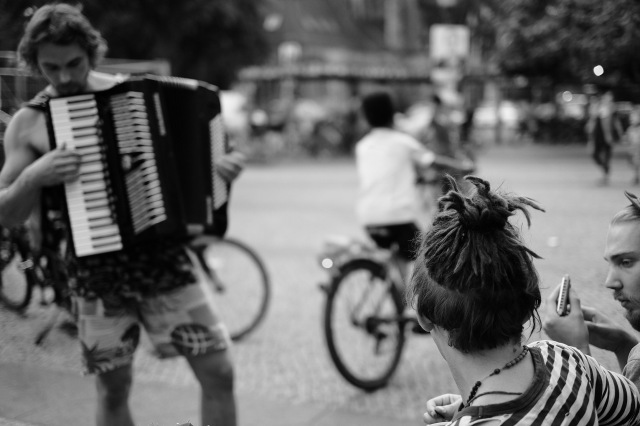 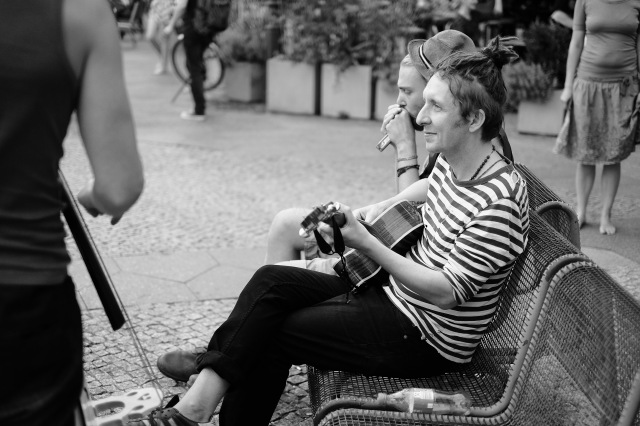