After having previously written about my experiences shooting street portraits (see here, here and here), I thought it was time to post a set on my website dedicated to portraits of strangers. I put together a selection that includes both the more recent digital portraits as well as older, analog ones. The images were shot all over the world, from Berlin to India, China and Mexico.

For my last trip to India back in October, I packed a new camera, a Holga 120Pan, i.e. the panoramic version of the Holga camera which shoots 6×12, 180° images. I didn’t have a chance to try out the camera beforehand, so I didn’t know what to expect, especially after having had mixed results with my first attempts using my other panoramic camera, the Belair 6-12 (read the blog entry here). However, after having finally developed and scanned the films, I must say that the camera exceeded my expectations. Granted, the light conditions were pretty much excellent in India, but the results are technically very good: no vignette, only a bit of darkening towards the left and right border of the exposure, and with the Holga’s trademark blurring toward the edges, which adds to the magic of the images.
I shot one black and white Ilford ISO 400 film and for the rest a mix of Kodak and Fuji ISO 160 colour films. I shot the black and white film at my initial destination, Mumbai, while I used the colour films for the rest of the trip, chiefly in and around the city of Bhubaneswar, which is in Odisha, a state on the East coast of India. Additionally there are a few images from Chandannagar, which is close to Kolkata and which used to be a French colony.
I finally uploaded a selection of the photos to the Holga section of the site, click here to view.
Also, I put together a selection of the best portrait pictures from the trip, taken with the various cameras I had taken along – the Holga, the SX-70 and the iPhone. This set can be found in the People section under the banner I Wonder If I Know Him Now.
Enjoy….

I added a short set of Belair photos taken in the Swiss alps, using again the 58mm lens for maximum wide-angle effect. Enjoy.

I recently uploaded a series of photos from London and Bucharest (Romania), all of them taken with the Lomography Belair x 6-12 camera and using a 58mm lens. Contrary to the Berlin set posted earlier, I used the camera primarily to shoot buildings and vistas rather than the more intimate street scenes I captured in Berlin (see my earlier blog post here).
Here is the link: Wide Urban Angles
More of my Belair photos can be found [here].

I recently uploaded the second batch of photographs taken with the new Lomography Belair x 6-12 camera. Unlike with the first batch, the Brighton pics, I had with these rolls figured out how to hold the camera to properly format the images, which, guess what, vastly improves the results.
All of the photos were taken in Berlin between January and April, 2014. My first approach to shooting with the camera was to take advantage of the camera’s ability to shoot panoramic 6x12mm and 6x8mm exposures, and the 58mm lens’ wide-angle capacity, to take wide panoramic cityscape pictures. Later, I changed tactics: rather than take more panorama shots, I went for close-ups, thus being able to take in complete scenes and/or objects from close proximity, which allows both for a certain intimacy while providing the ‘big picture’ at the same time. Coupled with both the camera’s and the lens’ inherent distortions, the results are to, for lack of a better word, poetic…
Overall I’m vey pleased with the Belair, despite some technical, or rather mechanical, issues. Of these I plan to write later as I’m yet to write up a review of the camera.
Here then is the link: Wide-Angle Urban Poetry
See also Brighton Winter for more Belair shots.

I spent this New Year’s in Brighton in South England. I had just before gotten me a new camera, the Lomography Belair x 6-12 camera. It’s a medium format camera, using 120 film. It comes with exchangeable lenses and settings that allows one to shoot either 6×6, 6×8 or 6×12 exposures. I did not have a chance to test the camera before leaving for Brighton, so the films I shot there were pretty much my test run. I decided to use the 58mm lens and either the 6×8 or 6×12 mm size settings to take full advantage of the camera’s panorama abilities.
My experiences with the camera are mixed, and I will be posting a review later to explain. Suffice to say at this moment though is that overall I’m happy with the results, especially considering the less than perfect weather for most of my stay there. Some of the images are formatted not quite right as the shift between what you see in the visor and the result is quite considerable. Also a couple of rolls did not roll up properly, so there is some light leakage on the last exposures on those roll.
Having said all that, here then is a selection of the best Belair pics from a few moody, wintry days in Brighton: click here to view. 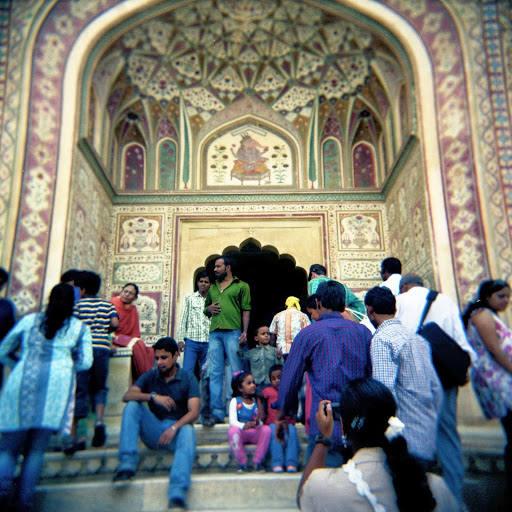 A few days ago I finally got around to scanning in the remaining Holga photos which I shot in India on the recent trip. A selection of these is now up on the Holga page. [Click here to view] 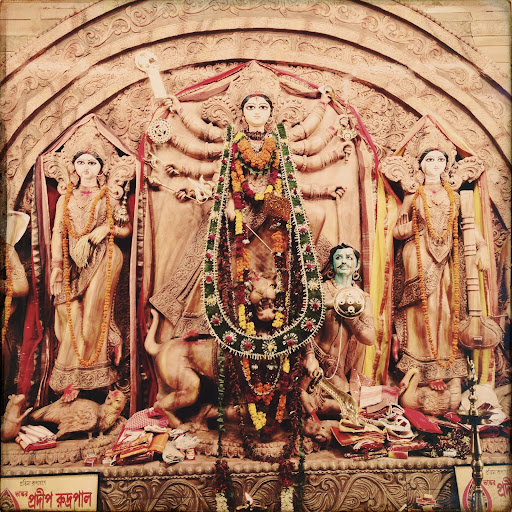 I also created two new sets in the Travelogue section, one with shots from Jaipur and one with photos from Kolkata. The Kolkata section features shots taken in more unusual circumstances. For one, I was there for the last night of a religious festival, the Durga Pujas  So a number of the photos show the Durga altars that were set up for the festival, and which would be taken down the next day and sunk into the river. What made the night different was that at the same time the fringes of the cyclone Phailin, which struck the Bay of Bengal that day, raged through Kolkata. So while normal you’d have to queue for an hour to get into the makeshift temples to see the altars, now here was hardly a crowd (of course it also meant that you were soaking wet at the end of the night). 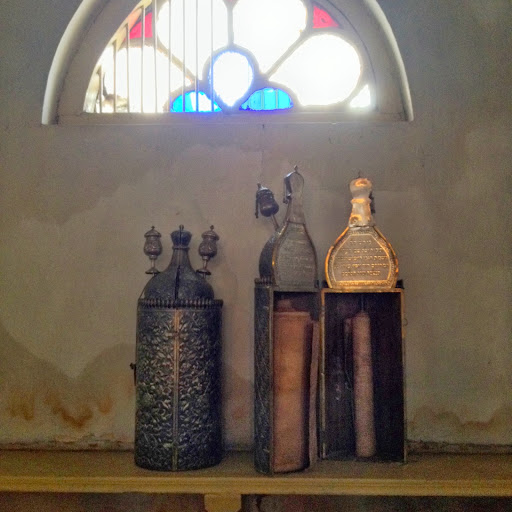 Additionally, there are some photos taken in the two Jewish synagogues that exist in a Kolkatta. The city used to have a Jewish community of over 3,500, with most of the original Jewish settlers having come over from Iraq in the 18th century onwards. Today, that community has dwindled down to 26. Many thanks to Jael Silliman for showing us around the synagogues, the Beth El Synagogue, built in 1856, and the Magen David Synagogue built in 1884.
Click here to view the Jaipur and Kolkata photo sets.
Click here to read an interview with Jael about India’s Jewish community. 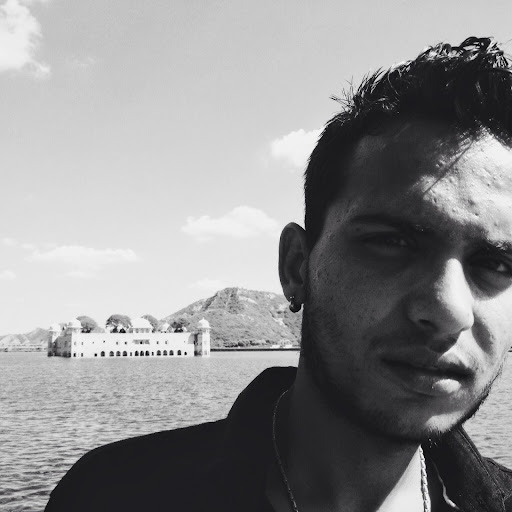 In October I went on my 9th trip to India. The two-and-a-half-week journey took me back to familiar places – Mumbai and Udaipur – as well as a new place (Jaipur) and a city which I had last visited 26 years ago: Kolkata – or Calcutta, as it was still known then.
Jaipur was about sightseeing, but the rest of the trip was not – it was mostly about catching up with friends. As such, the journey turned out to be a study of contrasts: I went to villages in the mountains around Udaipair where at the best of time people subside on very little and where this year’s overlong rainy season destroyed the maize crops and thus the villagers’ income for the year. I visited a friend’s house whose family is living four people to a single room. In Kolkata I was shown around the (now empty) palace of the Maharaja of Burdwan.
My stay in India coincided with a nine-day religious festival, Navratri, dedicated to the worship of the goddess Durga. In Kolkata, I spent a night visiting the Durga Pujas, and in Udaipur I was ‘coerced’ to participate in the traditional Garba dances which take place in honour if Durga.
I also met two of the 26 remaining members of Kolkata’s Jewish community, which once numbered more than 3000, and visited the two synagogues there (I also visited a number of Hindu and Jain temples).
As for the touristy bits, there were a few: the Amber Fort and the Palace of the Winds in Jaipur, Victoria Memorial in Kolkata, the Monsoon Palace in the hills above Udaipur.
I’ve said this in previous blog entries, and I’m mentioning it here again: India for me has always been about the people. Which is why, this time around, most of the photos I brought back are portraits or street photographs, with few exceptions. I had with me again a Polaroid and a Holga camera. Unfortunately, just like last time, the Polaroid films were damaged by the airport x-ray machines (despite taking a film with lower ISO) and the prints have a noticeable red tint. I also took a fair number if photos with the iphone, mostly using the hipstamatic app and choosing a black & white ‘film’.
I posted the following sets: